A third of Aussies aren’t getting enough exercise

A recent SBS article has shared some dire news with Australia!
Well the verdict is in, according to new research by the World Health Organisations – almost one third of Australian’s aren’t getting enough exercise.
Coming in at 97 out of 168 countries, over 30% of Australian adults didn’t reach the recommended level of physical activity for staying healthy in 2016.
By not getting enough exercise, you are at a higher risk of deadly diseases including heart disease, diabetes and cancer.

“Insufficient physical activity is a leading risk factor for non-communicable diseases, and has a negative effect on mental health and quality of life,” said the study of world exercise levels published Wednesday by The Lancet Global Health Journal.

In addition to the above articles, we did some digging around and found that there’s some interesting statistics in the 2014/15 Heart Foundation report on the level of physical activity in Australia.

According to the research close to a third of males aged 15 and over were sedentary, accounting for three million male Australians.

Thirty five per cent of females aged 15 and over were sedentary, accounting for over three million female Australians. The prevalence of sedentary behaviour increases with age.

But it’s not all bad news! Compared to 1995, there has been a decrease in Australians aged 15 and over having sedentary behaviour.

The Australian Government’s Institute of Health and Welfare suggest that 13% of physical inactivity burden could be reduced if everyone did an extra 15 minutes of brisk walking, 5 days/week.

So what are you waiting for? Better get exercising! 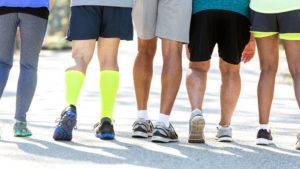